With the exception of one record-breaking show, this was one sloooow week in the history of Broadway!  Still, it is interesting to take a look back at bygone eras and to remind us of the not too distant past.

August 23:  Maybe the slowest day of the whole year!  Not a single Broadway show has opened on this date in 1935, when Smile at Me opened at the Fulton Theatre on 46th Street.  This musical only lasted 27 performances.  Perhaps what is most interesting about this is that the theatre was re-named the Helen Hayes Theatre, and it, in turn was torn down to make room for the Marriott Marquis.  It was located next to what is now the Richard Rodgers Theatre, and the box office was pretty close to where the new Marquis Theatre box office is.  The lobby of the old theatre is now where the breezeway of the hotel is located. 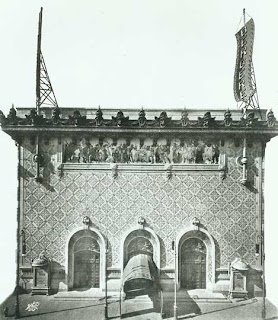 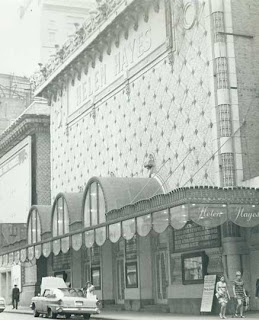 August 24:  A revival of one of Broadway's longest plays opened in 1986 at the Broadhurst Theatre.  The Life and Adventures of Nicholas Nickleby was performed in two parts.  This revival ran for 29 performances of both parts.

This week's Most Interesting Title: My Wife's Husbands opened on August 24, 1903 at Hoyt's Theatre on 24th Street near Madison Square.  This is the first theatre to feature gas lights, folding seats and a primitive form of air conditioning.  It was torn down in 1908 for an office building. 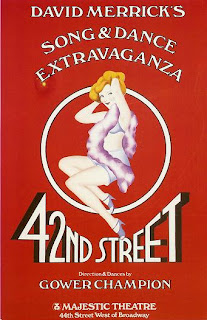 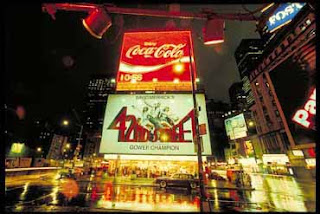 August 25:  The biggest opening in the history of Broadway during this week happened on this date in 1980 at the Winter Garden Theatre.  There, 42nd Street  opened and caused a nostalgic sensation.  The opening was marred by the death, earlier that day, of the show's director/choreographer, Gower Champion.  The show went on to win the Tony for Best Musical 1981.  Three theatres and 3,486 performances later, the show closed in 1989. 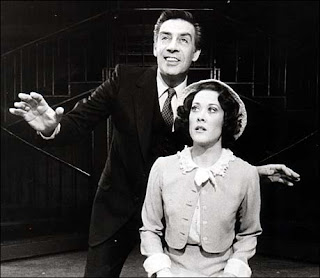 Tony-winning legend Jerry Orbach and
Tony-winning star Karen Ziemba in 42nd Street
August 26:  The newest musical to open this week was on this date in 1992, when Anna Karenina opened at the Circle-in-the-Square Theatre.  It starred Gregg Edelman and was the debut of Melissa Errico, who to this date is still looking to be in a hit Broadway show.  The show closed after 46 performances. 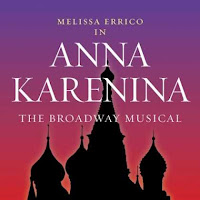 The Cover Art for the Concept Recording
August 27:  The newest play to open this week was on this date in 1998.  A one-man show, Colin Quinn: An Irish Wake opened at the Helen Hayes and limped through 22 performances.

Literally nothing else significant opened during this week in August.
Posted by JK at 12:01 PM