Best of the Decade: The Best New Musicals #1

If you have followed this blog at all since I started it almost a year ago, the musical I selected as the best new musical of the first decade of the 21st Century should come as absolutely no surprise. I have been raving about/obsessing over it for at least that long.

At Second Stage and at Arena Stage
What is perhaps the sweetest part of all of this is that I was kind of, but not too, interested in the show when it debuted (in this version at least) Off-Broadway at Second Stage Theatre, but then took it off my radar after the reviews mentioned the self-aware, ironic, funny tone the show had taken. At that point, I was sick of  so many shows like that. But then, in a daring move, the show got re-worked and was given another full production at Washington, DC's Arena Stage. A couple of cast changes, a re-worked tone and rave reviews got it moved to the big time. 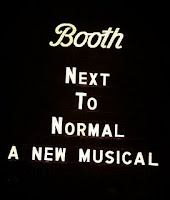 On Broadway
I still didn't know all that much about the show beyond the fact that I had loved the show's star since I saw her debut as Mrs. Walker in The Who's Tommy, and later in Side Show. And, frankly, I was still smarting over the Booth Theatre's previous tenant's (The Story of My Life) short run and critical dismissal. Still, as many of you know, I try very hard to see all of the new musicals, and so this show got on the list, even as I went into it with no expectations or much knowledge. What I came out with is one of the top five lifetime experiences in my more than 25 years of theatre-going. And even more amazing, that gift just gets better and better!  At one point, the show was known as Feeling Electric, and that is exactly how I feel after every performance of it I see! 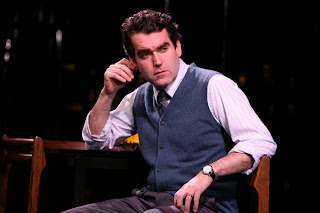 The New Cast Takes a Bow 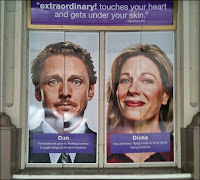 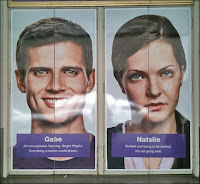 The New Cast Gets "the Door Treatment"
next to normal was honored with 11 2009 Tony Award nominations.  It won 3. 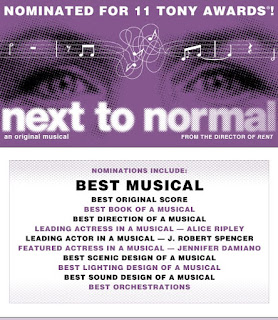 next to normal at the 2009 Tonys:
Aaron sings, Alice, Tom and Brian win!
My Favorite "normal" Moments: 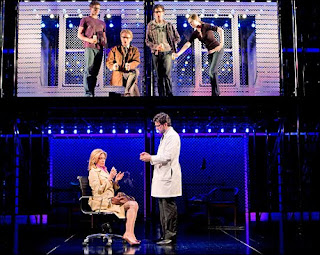 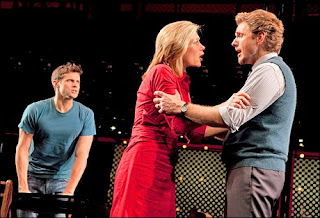 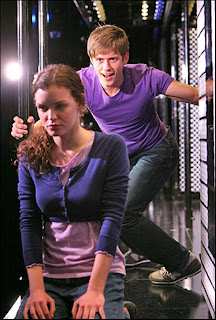 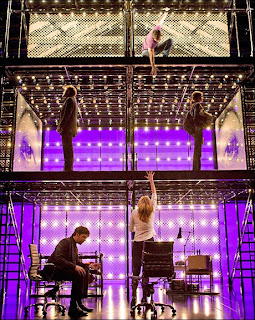 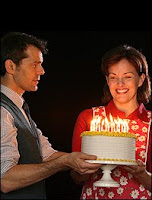 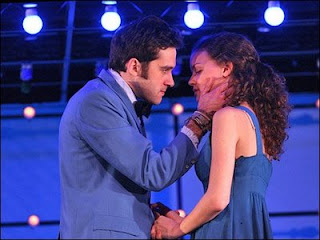 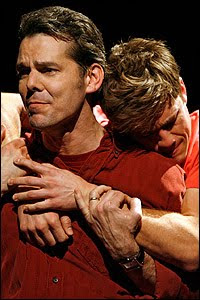 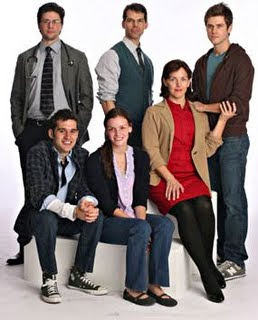 The Original Broadway Cast
Since the Opening: 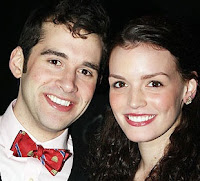 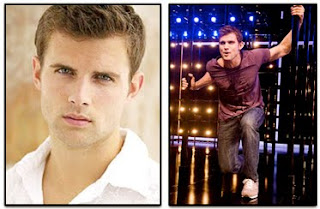 Final Thoughts...
There are so many reasons to love next to normal.  The songs are catchy, perfect for each moment and rich in texture and meaning.  The lyrics are thoughtful, clever and most of all, honest.  It is a show that perfectly blends all of the technical aspects of theatre - the set, lights and costumes all contribute to the meaning.  The staging is tight, focused and endlessly interesting.  It is the best in years because it doesn't back down, it makes you think, it makes you feel.  It is easy to relate to, even if you have no one in your life like these people.  And it is fat-free - there is not a single note, lyric, word, pause, lighting cue, movement that is wasted.  Every single part contributes to the whole.  And while it may make you uncomfortable or take you to a dark place, you come out of it moved and alive.  Not a bad thing, at all.
Posted by JK at 12:01 PM

Labels: Best of the Decade, next to normal