Occasionally, if I find something interesting, I'll blog about what has happened in the past on Broadway during a given week.  Considering that this is mid-August, and the advent of air conditioning and year-round theatre in New York is relatively young, I was surprised to find as much as I did.

The Oldest Show to Open This Week: Life in New York which opened on August 18, 1856.

154 years ago, first-nighters headed to the Bowery Theatre to see the Drama/Musical Pantomime, Life in New York, which was also known as Tom and Jerry on a Visit.  They had to be pretty quick - the show closed a month later, but only played 18 performances!  The Bowery Theatre was both lucky and unlucky - despite being built in a dangerous part of the city, patrons kept it open for nearly a century, even after it burnt to the ground 5 separate times and had to be rebuilt.  1929 was the last time that happened. 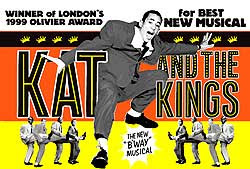 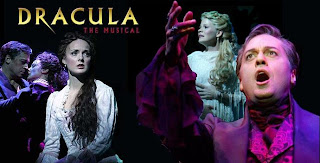 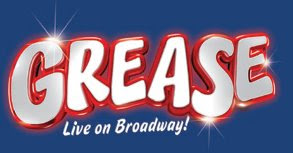 Although Grease ran for 554 performances at the Brooks Atkinson Theatre, compared to the original (3,388 performances and 4 theatres!) and other revival (1,505 performances), it was a short run.  Kat and the Kings played the Cort Theatre for 157 performances, despite winning the Olivier Award for Best Musical in London.  And Dracula:The Musical ran at the Belasco Theatre for a less than biting (sorry, I had to) run of 157 performances also, just 5 years apart.  The Frank Wildhorn show was his last Broadway effort until this season's Wonderland. 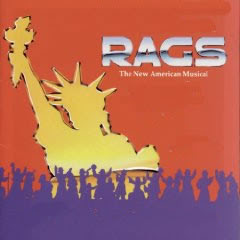 1986
Good Luck/Bad Luck Day: August 21:  This date was the Opening Night for the 4 performance flop, but much beloved cult musical, Rags (1986).  It is the last show to play the Mark Hellinger Theatre, which is now a church.  On the flip side, the original run of La Cage aux Folles opened at the Palace Theatre (1983) and ran 1,761 performances.  As we all know now, it is the only show to win the Tony for Best Musical and Best Musical Revival twice! 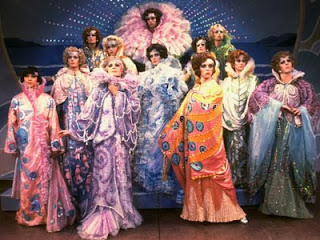 The Original Playbill and the Original Cagelles
August 22, 1904: The date that the oddest/most provocative title of the week opened: Dealers of White Women.  The show opened at the Star Theatre, which was at the corner of 107th and Lex.  The theatre was open a mere 6 years.

Comments?  Leave on here, on email at Yahoo, Tweet me or Formspring me!
Jeff
Posted by JK at 12:01 PM