Last month we celebrated a Broadway lady just as she was about to start her latest gig on the Great White Way.  This month, I'd like to celebrate a very talented triple-threat actress who is finishing her latest Broadway adventure this weekend.

Audiences have thrilled to her rocking ways as the original Ariel in Footloose: The Musical, howled at her sharp satiric wit (and lovely voice) as she played Hope Cladwell in Urinetown: The Musical, Oz fans have giggled along with her as Glinda in Wicked (I'd love to see what she can do with Elphaba!), and she has spent this past spring and summer showing off her comedic and vamping skills as the lusty soprano Diana in Lend Me a Tenor.

Sadly, that show closes tomorrow.  But I'm sure we'll see Ms. August very soon in some new project.  Maybe a drama?  Another musical?  Who knows?  Whatever it will be, I'm sure she'll be terrific in it. 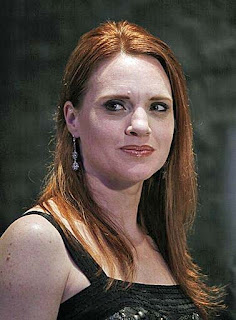 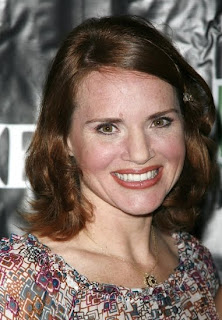 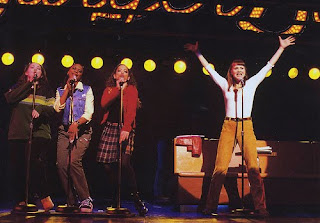 Jennifer (right) is "Holding Out for a Hero"
in Footloose, her Broadway debut! 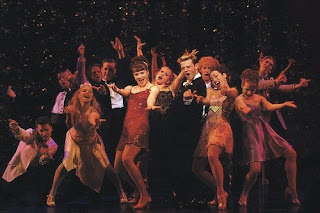 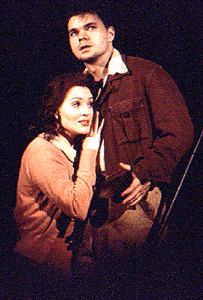 Jennifer with the original Bobby Strong,
Hunter Foster, in Urinetown: The Musical 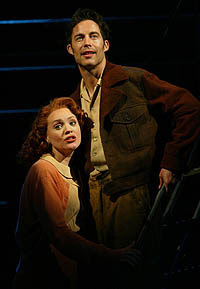 And later in the run with another
Bobby Strong, Tom Cavanaugh 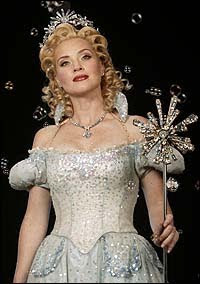 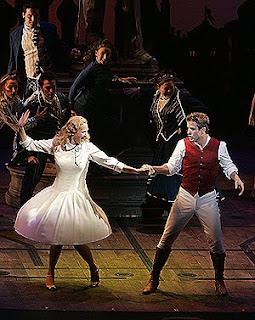 "Dancing Through Life"
with Joey McIntyre as Fiyero 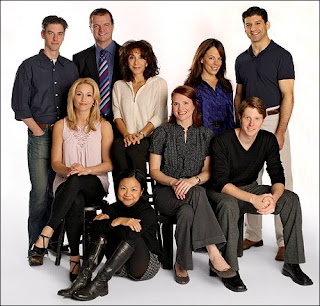 Last season, she appeared in the Encores!
revival of On the Town with a very starry cast. 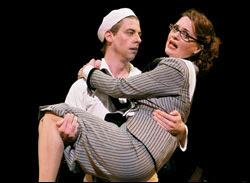 With Christian Borle in On the Town 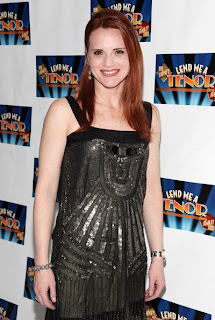 Opening Night of
Lend Me a Tenor 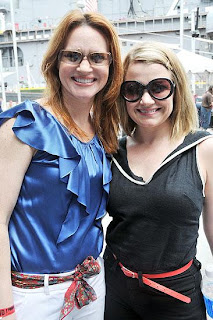 After a show with Tenor co-star
Mary Catherine Garrison 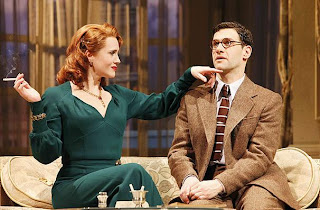 Ms. August meet Mr. July.
Jennifer with Justin Bartha in a scene
from Lend Me a Tenor
Posted by JK at 5:00 PM