Today, I read September 8th's Theater Talkback by The New York Times' Ben Brantley with some interest.  It is called "When a Bare Stage Fills the Theatre."  I was particularly drawn to this article because, as any of my theatre-going friends will tell you, my mantra for theatre is "Always remember that the Greeks did it on a stone slab with a mask, the sun and a toga!" 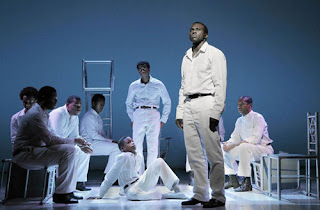 I say this very thing when we can't agree on the quality of a new show.  Would this show ultimately be as good if it were stripped down to the actors on the stage and nothing else?  Are the words and performances enough to engage the audience and entertain them? 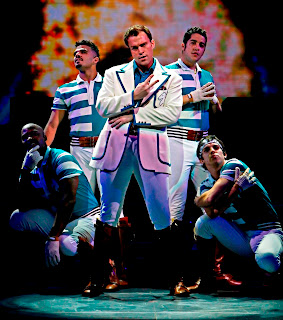 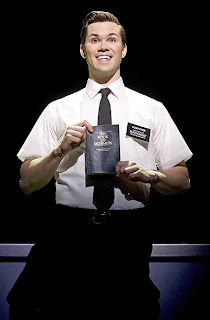 I say this when we wonder if the show is a triumph of staging and spectacle over story.  Does too much of the meaning rely on the visual created by the designers, the choreographer and the director?  Or has the director and choreographer done enough, that if stripped of lights, scenery and costumes, and only the script to rely on, to still give us a full show? 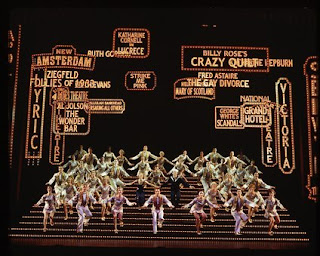 And I say this to friends who attend local, necessarily low budget, and lift their noses in their as they go in, expecting the least.  I always take great pleasure in their shock and awe when such a show is success.  Clearly, a silk purse has been made from a sow's ear. 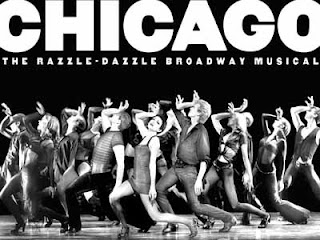 Ben Brantley discusses several shows that benefit and thrive from a bare stage in his blog - Our Town, all of the original Globe Theatre productions of William Shakespeare's plays among them.  And he brings up Chicago's current staging by Walter Bobbie and Ann Reinking.  Boy, is he ever right!  Less is so much more in this case.  And it brought immediately to my mind the other great American musical in the long-run gallery, A Chorus Line, a show that, except for the last 3 or 4 minutes, not only thrives on a bare stage, but requires it.  For all of their spectacle and excess, would the three longest-running shows - Les Miserables, Cats and The Phantom of the Opera really have been as successful without "stuff"?  Brantley and I agree: probably not.  But it would be interesting to see Cats under the same circumstances as when I saw 42nd Street.

I disagree with Mr. Brantley more often than I agree.  But he and I see eye to eye on this point:  good acting and thoughtful staging coupled with a good script can be as magical as a stage full of scenery and actors flying right over our heads.

Rate this blog below, leaving your comments here, by email at jkstheatrescene@yahoo.com, or Tweet me!
Jeff
3.012
Posted by JK at 10:34 PM