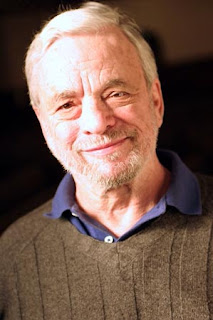 
There were so many, it really was hard to choose, so below are the ones I think are the most clever, most meaningful; but most of all, these are the ones that most of you repeated.  Clearly, some of these quotes mean a lot to many of us.


Here is a quote, sometimes two, from each of his Broadway shows. Some are my contributions, others are singular submissions from one person, and others are quotes sent in from several of you. In the interest of fairness, I will attribute the quotes to no one, except the lyricists themselves. I think they are all kind of catchy and all of them at least clever and thought-provoking.


I have included more than a couple from the most quoted of his shows, Sweeney Todd: The Demon Barber of Fleet Street and Into the Woods.  Not surprising, really.  What does surprise me is how many I got from Merrily We Roll Along!


And I am still collecting your quotes from the musicals of Kander and Ebb! 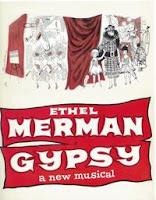 Merrily We Roll Along

Sunday in the Park with George

Rate this blog below, and leave your comments here, by email at jkstheatrescene@yahoo.com or Tweet me!
Jeff
3.025
Posted by JK at 9:50 AM