It has been quite a week for Broadway shows, with several shows marking milestones.  Here's a quick look at the ones that happened this week (September 12 - 16, 2011)!

September 12: The starry revival of Follies opened to mostly enthusiastic reviews at the Marquis Theatre.  StageGrade.com took all of the major reviews into consideration and gave it an average score of A-.  (Talkin' Broadway was the major nay-sayer giving it an "F".) 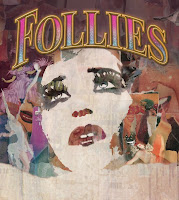 September 14:  Mamma Mia! became the 10th longest-running Broadway show in history with its 4,098th performance at the Winter Garden Theatre, surpassing the run of Miss Saigon.  The show will celebrate its 10th year on Broadway on October 18th.


Rate this blog below, and leave your comments here, by email at jkstheatrescene@yahoo.com or Tweet me!
Jeff
3.018