RANT and RAVE: The Replacements

This week, two high profile cast replacements were named for two hit Broadway shows.  One of them was so high profile, it was on the news!  When was the last time THAT happened (Spider-Man, not withstanding)?

The first, though, came the announcement that Adam Pascal would be replacing Tony-nominee Chad Kimball at the end of October in 2010's Best Musical, Memphis.  My first thought was, "really??"  I mean, there is no doubt that Pascal is talented and is a near expert in conveying chemistry.  Look at him and Daphne Ruben-Vega in RENT (or with Anthony Rapp) for that matter.  Or he and his AIDA co-star, Heather Headley - smoking hot and romantic, too!  That look in the final scene...mmmmm.  Yes. Mr. Pascal should have no trouble with the smouldering sexy chemistry with equally sexy and smouldering Montego Glover. 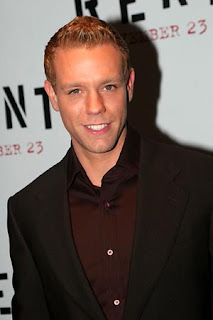 I guess I'm having trouble picturing the quirky, vulnerable, innocent-yet-worldly-wise Huey Calhoun in Adam Pascal.  Of course, he is an actor, a very good one, even if his prior roles have a certain similarity that is not really in this new character.  I guess I'll give him the benefit of the doubt.  Just as I did with Kristin Chenoweth when she departed from her "norm" and tackled (beautifully, in my opinion) a challenging out of the box role.  Instead, maybe I should wish him well and warn him that as much as critics (and some fans) bemoan the fact that actors rarely venture beyond the expected, they rarely embrace the brave ones that do.  Good luck! 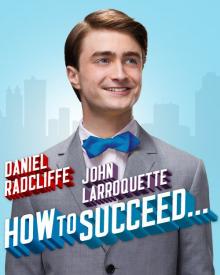 The really high profile replacement announcement came today at a press conference live from Sardi's.  Looks like Nick Jonas will be Daniel Radcliffe's permanent replacement in How to Succeed in Business Without Really Trying.  It is also now clear that producers are looking to fill the seats at the Hirschfeld with Tweens and their parents.

Let's not forget that the first replacement is actually Glee's Darren Criss, who will also appeal to the tween set, just as Radcliffe did before, and Jonas will after.  But there is a bit of an error in thinking here, and it has nothing whatsoever to do how well all three of them do or will do in the role.  I adored Mr. Radcliffe in the role, and have no doubt that both Mr. Criss and Mr. Jonas will do just fine, finding their own way with the role.

The error in thinking, I think, is that tweens and their parents will embrace these newcomers in the same magnitude, i.e. SRO crowds.  Radcliffe has something neither Criss nor Jonas has: international stardom cultivated by over a decade of growing up before our very eyes in the most successful movie franchise, based on the most popular book series of all time.  He played a character on film that kids and their parents read in those books.  Arguably as many adults kept up with Harry Potter as their kids did.  The appeal of Daniel Radcliffe is multi-generational, backed up by a star turn performance. 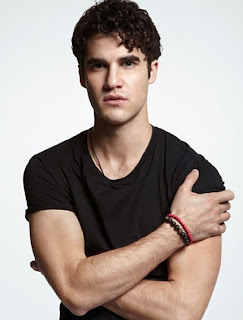 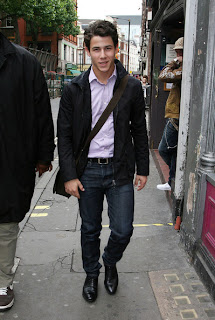 A pair of Finches: Darren Criss and Nick Jonas

Criss, with just a three week run, should draw the hordes of Glee-Kurt/Blaine fans, keeping interest and numbers high.  And, to some extent, Glee fans are multi-generational just as Potter fans are.  I bring this up because IF tweens are the target audience, someone has to BRING them to the theatre.  Radcliffe and Criss give parents as much reason to come to the show.  Now, I admit I know the least about the current appeal of Nick Jonas.  How much appeal does he have without his other brothers?  How much will his performance in Les Miserables, which divided fans and critics alike, effect the B.O. for H2$?  Will parents want to sit through the show just to keep their kids happy?  And does Jonas have the same appeal/acceptance by tween boys AND girls as Radcliffe?

Since Mr. Jonas has the most Broadway experience of the three  - he's been on the boards in Annie Get Your Gun, Beauty and the Beast and Les Miserables - I don't think his ability onstage is even a question.  But I do wonder about his ability to draw news-making crowds.

All bets are off if they can find a nostalgic appeal for the parents when the recast John Larroquette.
Do you plan to see Adam, Darren and/or Nick?  Write in and let us know!


Rate this blog below and leave your comments here, by email at jkstheatrescene@yahoo.com or Tweet me!
Jeff
3.009
Posted by JK at 10:14 PM