CD REVIEW: Music from: Spider-Man: Turn Off the Dark

As the world knows, the entire world scrutinized, criticized and watched an epic fail turn into a popular commercial success, if not a critical one.  In the process, director Julie Taymor was let go, her vision too long in being realized fully, the best parts retained for the final version.  Score writers Bono and The Edge, however, went largely unchecked, adding just one full number and tweaking a few others.  Unfortunately, it is the score that remains the weakest link of the show.  And I have to call it as I see it: their egos are just as much (probably more) to blame for the show's shortcomings as anything or anyone else.  They clearly don't know how to score a show - they have admitted as much.  Of course, it is too late to fix things again. 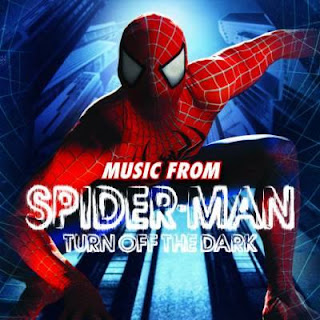 Which brings me to the CD released in conjunction with the show, a microcosm of all that ills and elevates the project.  Apparently, in an effort to get something recorded (I am thankful for that), they rushed into the studio to record Music From Spider-Man: Turn Off the Dark.  The entire Broadway cast is on the recording, but I wouldn't call this an Original Cast Recording.  And even though other such recordings will occasionally have the writers crooning a song or two as bonus tracks, the egos of the show have again prevailed, and Bono and The Edge (I giggle every time I type these ridiculous noms de plume) have insinuated their way onto several tracks.  Their liner note message mentions how they have included "some of their own demos for the fun of it."  So, is this a show album or a U2 album?

Since a large chunk of the score is not included, which, again according to that liner note, were selected purposely from some 18 songs and 20 pieces of orchestration.  And it does include an attempt at a radio single, "Rise Above I."  I certainly applaud any attempt to bring Broadway to the masses.  But the Broadway show fan in me is ticked.  Couldn't they have at least put the songs they DID include in order?  Couldn't those numbers be all done as performed in the show?

The biggest difference is that here, you can, without fail, hear every single word.  And I thought that maybe hearing the lyrics and really paying attention to them in repeated listening would make it clearer and somehow deeper.  I was wrong.  I know the words now, but crap is crap and poetry is poetry.  And I will go out on a limb here and say that had the entire song list been preserved here, the balance between crap and poetry would be more in favor of poetry.  (Someone involved loves - I mean LOVES - "Pull the Trigger" and no matter how it has been retooled for the stage, it remains the very pinnacle of what is wrong with the show.  Ego unchecked; crap over poetry.)﻿﻿Well, enough carping. As this is a theatre blog, I will highlight all those numbers on the CD that are good AND include the Broadway cast. Again, these songs align pretty closely to the same songs that work the best in the show. And again, the cast shines through in spite of the material they are working with. 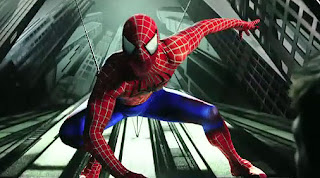 Hmmm... I have highlighted 9 of the 14 tracks on this album.  More than half, so how bad can it be, right?  Well, except for maybe the final, title number, which I didn't include, the rest of the tracks are THAT awful.  "Bouncing Off the Walls," which I loved in the show, doesn't make much sense out of context and really needs the visual to make the aural really work.  "Turn Off the Dark," well-sung by Carpio, works better having seen the show and having just experienced everything up to that point, but in isolation, it is just weird.  It tries too hard.

The booklet contains full lyrics, some good pictures, and that very telling note from Bono and The Edge.  And the quality of the recording is first rate.  The vocal arrangements and orchestrations on the regular tracks are also first rate. 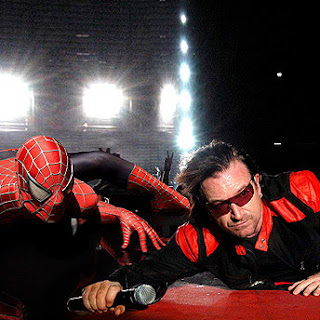 Maybe fans of U2 will embrace this attempt to get them to buy some of the albums.  Fans of the show will probably want it, too.  But if you are a serious Broadway Cast Recording fan, you'll probably do as I did - wait for a good sale and buy it to have it.  Then program your iPod for the three or four songs you really like, or better yet, just buy the songs you like from iTunes and be done with it.


Rate this blog below and leave your comments here, by email at jkstheatrescene@yahoo.com or Tweet me!
Jeff
3.021
Posted by JK at 12:01 PM