As we take time to reflect and celebrate Labor Day today, I thought I'd look a little bit into the Labor unions that represent everyone connected with a Broadway show from the leading actor to the usher who hands you a Playbill and every writer, designer and technician in between.  One interesting thing (among many, truthfully) that I found out was that COBUG was formed immediately following the events of September 11, 2001.  The Coalition of Broadway Unions and Guilds was formed help bargain and control the temporary concessions needed to help Broadway stay open during that period of unease and devastating decline in attendance. 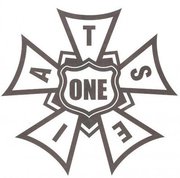 Those unions included:
As you can see, within that list there are 6 main unions, the largest being the International Alliance of Theatrical Stage Employees (I.A.T.S.E).  The one most of us are familiar with is Actors Equity Association, and all of the musicals we love come to us courtesy of AFM, SSD&C and all shows fall under the auspices of the Dramatists Guild.  That coalition represented some 75,000 members of the Broadway community.

Local One of IATSE, the stagehand union of New York, is that union's largest chapter.  In addition to Broadway, this union also has jurisdiction at Radio City Music Hall, City Center, Lincoln Center, and presentations at Madison Square Garden.

The other side of the union equation, The Broadway League, formerly known as the League of American Theatres and Producers, represents producers and theatres owners' interests in negotiations for the myriad of decisions that effect every aspect of a professional theatrical presentation on Broadway, off-Broadway, and nationally through touring productions.

No matter what you think of unions and the Broadway League, the impact of these organizations on the rise of production costs and on ticket prices touches all of us who attend shows in New York and far beyond.


Rate this blog below, and leave your comments here, by email at jkstheatrescene@yahoo.com or Tweet me.
Jeff
3.007
Posted by JK at 5:39 PM