The blog is the second of four about this notorious flop musical from 1985.  To see part one, click HERE.

Director Harold Prince and the producers of Grind were able to get some of the best artists on Broadway to design this new show.  Set in depression-era Chicago, the sets, costumes and lighting needed to evoke the world of burlesque as well as the backstage life of the by-law segregated house, often simultaneously.  Budgeted at $4.75 million dollars, it was to be an extravaganza by every measure. 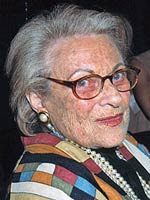 Ms. Klotz had a long, distinguished career in film and theatre, including a long association with Mr. Prince.  In fact, all six of the Tony Awards she won were for shows directed and/or produced by him, including Grind:

Other shows she designed include City of Angels, On the Twentieth Century, Carousel and Side By Side By Sondheim.  She also designed the costumes for the film version of A Little Night Music.

In addition to her six Tony Awards, she was honored with an Oscar nomination for A Little Night Music, five Drama Desk Awards, and three Outer Critics Circle Awards.  In 2002, she was awarded the Patricia Zipprodt Award from the Fashion Institute of Technology, and in 2005, the Irene Sharaff Lifetime Achievement Award.  In 1951, Ms. Klotz began her career as Ms. Sharaff's assistant on the original production of The King and I. 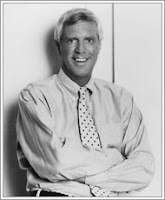 Like Ms. Klotz, Ken Billington has had a long career in theatre, with over 70 productions to his credit.  Among the shows he designed are: Sweeney Todd, Side By Side By Sondheim, On the Twentieth Century, and recently, The Drowsy Chaperone, and The Scottsboro Boys.  Over his 40+ year career, he has been nominated for 9 Tony Awards, winning one for his design of the revival of Chicago.

Mr. Dunham's design for Grind was history in the making.  With three independent turntables able to work alone or together, the set for the show was actually a theatre unto itself, with its own lighting, drop and scenery rigs, so that as the audience watched "the show," they could see Harry Earle's Burleske House working as it would.  And depending upon the scene, the whole set could be turned so the audience could see all three floors of the "backstage" as well.  This was crucial to this story which pitted blacks against whites on and off stage and performers against city dwellers outside of the theatre.

What made this so important in the history of scenic design was that this was the very first Broadway musical to be run ENTIRELY by computer, and at this scale it was an enormous and dangerous undertaking.  (Later, such shows as Cats and La Cage aux Folles were retrofitted to become more dependent upon computerized stage design.)  Before the show even previewed out of town in Baltimore, all eyes were on this show.  A producer's worst nightmare happened at the very first preview at Baltimore's Lyric Opera House when the set stopped working mid-performance, as the computers sensed a problem and locked it down tight.  The SRO crowd was treated to a lengthy curtain speech by Prince and some entertainment by star Ben Vereen.  Unfortunately, the show could not go on without more risk to the set, computers and, of course, the company.  As fate would have it, local news stations were there to cover the star-studded try out, and sent to story out nation-wide (Call this Spider-Man lite!)  The next morning, the papers carried stories with headlines like "New Broadway Show 'Grind's to a Halt" and the like.  Eventually, everything was corrected and the set elicited gasps at the preview I attended.  It really was something.

Mr. Dunham's career, like his fellow designers, had much to do with Harold Prince.  His design career on Broadway spanned 30 years.  He last designed the 1997 revival of Candide.  He has been nominated for two Tonys (including for Grind) and three Drama Desk Awards.  According to his website, he still continues to do stage design.

As it turns out, the problems with the set out of town were insignificant compared to the troubles that lay ahead for Grind.


Rate this blog below, and leave your comments here, by email at jkstheatrescene@yahoo.com or Tweet me!
Jeff
3.016
Posted by JK at 9:30 PM