NYMF: A Few Notes on GREENWOOD 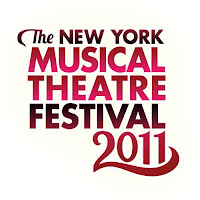 This past weekend was my first foray with the New York Musical Theatre Festival and what thrill it was to be there at the birth of two new shows.  The objective of the festival is to present new musicals - some with readings, others with fully staged productions.  The latter was the case with both musicals I saw; today, I'll discuss my thoughts about Greenwood, a new musical by Tor Hyams and Adam LeBow.

Before I go on, though, I want to stress that this is not intended to be a full review.  Rather, I'll talk about the book, music and lyrics, as well as how it works in performance.  I will only discuss technical elements that impact specific aspects of the show.  I assume that the producers gathered the very best talent, and maximized both limited budgets and limited rehearsal time.

Greenwood is a contemporary musical about a group of teenagers who spent a summer at performing arts camp.  The fates converged and the kids had a season of important self-discovery, first love and a life-changing final performance.  It is also about the adults those teenagers became: some are almost happy, some are miserable, and all are asea in an ocean of self-doubt, empty lives and unfulfilled dreams.  When they start to connect through Facebook, an idea is born:  everyone in the group will go back to their camp and do a revival of the show that brought them together.  Can this reunion restart their lives or will they realize that they peaked in high school? 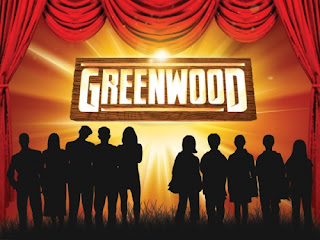 What Already Works: The Book and Concept:  Easy to follow and very relateable, the story struck me as a middle aged man, myself approaching that time in my life where I am assessing where I've been and where I have yet to go.  And the story here is equally funny and thought-provoking - emphasis on the humor, balanced by the seriousness of adulthood.  Then there is the other half of the story - the kids' side, where we are witness to silliness of all the hormones and heightened emotions of teen love, growing pains and pimples.  And we are witness to that perfect moment of life where you realize your individuality and favorite talent - we think we know where our lives are headed, the world is before us and we are masters of our own universe.  While the concept might sound like the film Camp meets Follies, its ultimately original while taking the very best elements from both previous properties.  And the incorporation of social media really bridges the gap between generations.  This may just be the first new musical that appeals directly to both teens and their parents.  It panders to neither group and it treats both with a refreshing dignity and legitimacy.

What Already Works: The Score: Hyams and LeBow have created a score that is a mostly excellent mix of all the very best trends in modern musicals, without forgetting the traditional musical theatre idioms.  There's the cheery, dance-your-ass-off opening number ("Greenwood") with a catchy tune, smart lyrics and an opportunity for the latest moves inspired by BOTH High School Musical and the latest moves created clubs all over the city.  There are the "inner monologue" numbers ("Hello from Tomorrow", "Take Two", "The Me I've Always Known"), telling and clever, revealing without saying too much at once, all belted with that intoxicating gusto that show fans love.  And there are the fun songs that really only fit the silly world of musical theatre (a patter song with a modern twist, "I Like You," "Keys to the Canteen," and a song destined to become a staple  at piano bars and cabarets for years to come, the hilarious (and oh-so-true) "Do a Musical."  And there is a very cool montage-type number in both acts that fuses plot, song, dance and conceptual device in a mostly clever package called "Facebook Fugue." 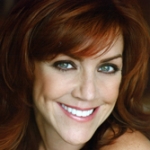 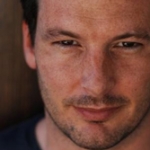 What Already Works: This Production: I think it speaks volumes about the piece itself that Paul Stancato can direct and choreograph a show in a short period of time without giving short shrift to staging or high quality dancing, and still has the show's concepts and themes on the front burner.  The cast, led by Broadway legend Andrea McArdle and supported by Cary Shields, Mary Mossberg, Gerry McIntyre, and Felicia Finley, is top notch from top to bottom.  It is no small feat that the young cast is just as compelling, particularly the counterparts to Ms. McArdle, Mr. Shields, and Ms. Mossberg - Jenavene Hester, Andrew Redlawsk, and Alicia Morton, respectively.  They all appear confident with the material, all seem to believe in it, and perhaps most importantly, it looks like they are having as great a time performing the show as we are having watching it.

All of that said, it was a very entertaining, fun, and even meaningful two hours and fifteen minutes.  Time spent with people who were all interesting, easy to relate to, and best of all, people I'm glad to have met.  I hope that this isn't the last we've heard of Greenwood.

Greenwood continues Saturday, October 15 at 1PM and 5PM, and Sunday, October 16 at 5PM at the Signature Theatre Company's Peter Norton Space.  Much more information on the show can be found at http://www.greenwoodthemusical.com/.


Rate this blog below and leave your comments here, or by email at jkstheatrescene@yahoo.com, or Tweet me!
Jeff
3.044
Posted by JK at 8:01 PM