NYMF: A Few Notes on Ghostlight 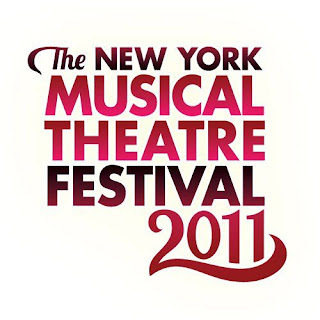 The other day, I shared my thoughts on one of the two new musicals that are a part of the 2011 New York Musical Theatre Festival.  That production, while not quite ready for the big time, shows a great deal of promise.  Unfortunately, the other entry Mike and I caught this past weekend wasn't nearly as ready, despite the potentially interesting true story it is based upon.  Yes, Ghostlight with a book, music, lyrics and direction by Matthew Martin and Tim Realbuto long on potential.  But it is also just plain long.

Before I go on, though, I want to stress that this is not intended to be a full review. Rather, I'll talk about the book, music and lyrics, as well as how it works in performance. I will only discuss technical elements that impact specific aspects of the show. I assume that the producers gathered the very best talent, and maximized both limited budgets and limited rehearsal time.  Again, I will discuss those only in so much as they impacted the product on stage.

Grade: Without some serious trimming, it doesn't stand a ghost of a chance. 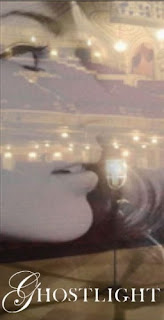 Ghostlight is the story of one OliveThomas, a brief, shining star in the Ziegfeld follies, who had a meteoric rise from chorine and mistress to Mr. Z himself, to film star, and finally to a tragic crash in booze, drugs and failed marriage.  In the show, all of that is told in a 16 scene, 16 song first act.  Rumor has it that her ghost still haunts the New Amsterdam Theatre, home to many a Follies.  And that is the subject of a one scene, nine number second act.

What Works: The Book and the Concept:  Olive Thomas's life and afterlife do have the potential to make an interesting show.  The idea that Ms. Thomas is stuck in some sort of purgatory while everyone who was something important in her life visits and creates a follies number as she discovers the truth about herself might also work.  And there are whole scenes that are very interesting - particularly those involving the love-triangle between Olive, Ziegfeld and Ziegfeld's wife, Billie Burke.  The interplay between Olive and fellow chorus gal, Molly also holds great potential.

What Works: The Score: Ghostlight's score tries to be both traditional and psychological.  There are attempts at "backstage" numbers, a Follies-style production number, and there are several internal arias for each of the main characters.  Of those, the numbers sung by Billie Burke, "The Destruction" and "He Laughs at My Jokes" stand out for their smart, thought-provoking and natural lyrics, and lacking the forced rhyme and phoniness of several other numbers.  Realizing that each NYMF show is under serious budgetary constraints, it is easy to still recognize, that in a fuller production, the bigger numbers would be lavish.   And there are a couple of pretty good numbers in act two, again the Billie Burke number "Sometimes," as well as a Fanny Brice number, "You Once Had Music," and the song by Olive's husband Jack, "That's How I'll Remember You," has some real emotional potential.

What Works: Everything Else: You might have noticed a recurring theme above: Olive's relations are range from interesting (Molly, her husband Jack) to enjoyable (Fanny Brice) to show-stealing (Billy Burke).  That speaks both to the casting (Daisy Eagan, Matt Leisy, Kimberly Faye Greenberg and Rachel York, respectively), and mostly to the quality of the book.  When these folks are onstage, things at least perk up.  Ms. York, in fact, steals the show, playing her role with a level of confidence, nuance and supreme professionalism.  Mostly, though, it is the book, which mostly capitalizes on the assets of these characters.  Which brings me to what really doesn't work... 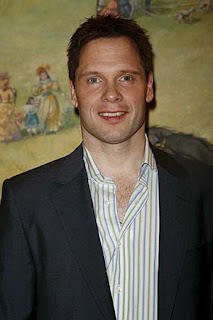 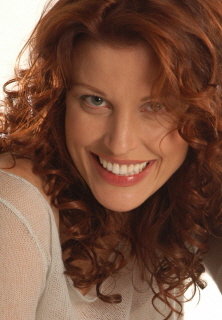 The bottom line is that somewhere in there is an interesting showbiz story with a dramatic character, and several interesting people in her life.  Some serious cutting of numbers and verses of still others, plus a rewrite of the Follies numbers will help the score.  And some very prudent (and probably painful for the two man creative team) book cuts and rearranging of scenes could make room for adding some interest where it is needed - on Olive Thomas.

My suggestion:  Stop trying for the next extravaganza and Follies and get as inspired about Olive as you already are about Billie Burke.  If the whole show had that much passion and thought, it would be pretty darned good.  Of course, you could ditch all the Olive stuff and just write the Billie Burke story.  Get Rachel York to star, and hop the Oz train.  Who knew Glinda the Good Witch was such a feisty bitch in real life?

Rate this blog below and leave your comments here, or by email at jkstheatrescene@yahoo.com, or Tweet me!
Jeff
3.046